For those who aren't familiar, Tom and Jerry are the OG Itchy & Scratchy. In just seven creative brutal, thrilling, wonderful minutes, they tried to knock the garbage out of each other until Jerry was victorious or the fight was relegated to off-screen. The classic series ran from 1940 until '58 directed by William Hanna and Joseph Barbera the 'toon titans racked up seven Academy Awards and redefined the short-form cartoon. The simplicity of the show is what makes Tom & Jerry, and this is just one of the main reasons a version of the character is likely to not succeed. Following a 1992 animated film (that focused on the principal mistake of two antagonists becoming friends) This latest effort produced by Tim Story (Fantastic Four, Ride Along), is an animation-live-action hybrid that squelches any essence of the original by covering the actors who are generally likable with an over-extended, boring human-based guff that runs an 98-minute run time. This is at least 90 minutes long. 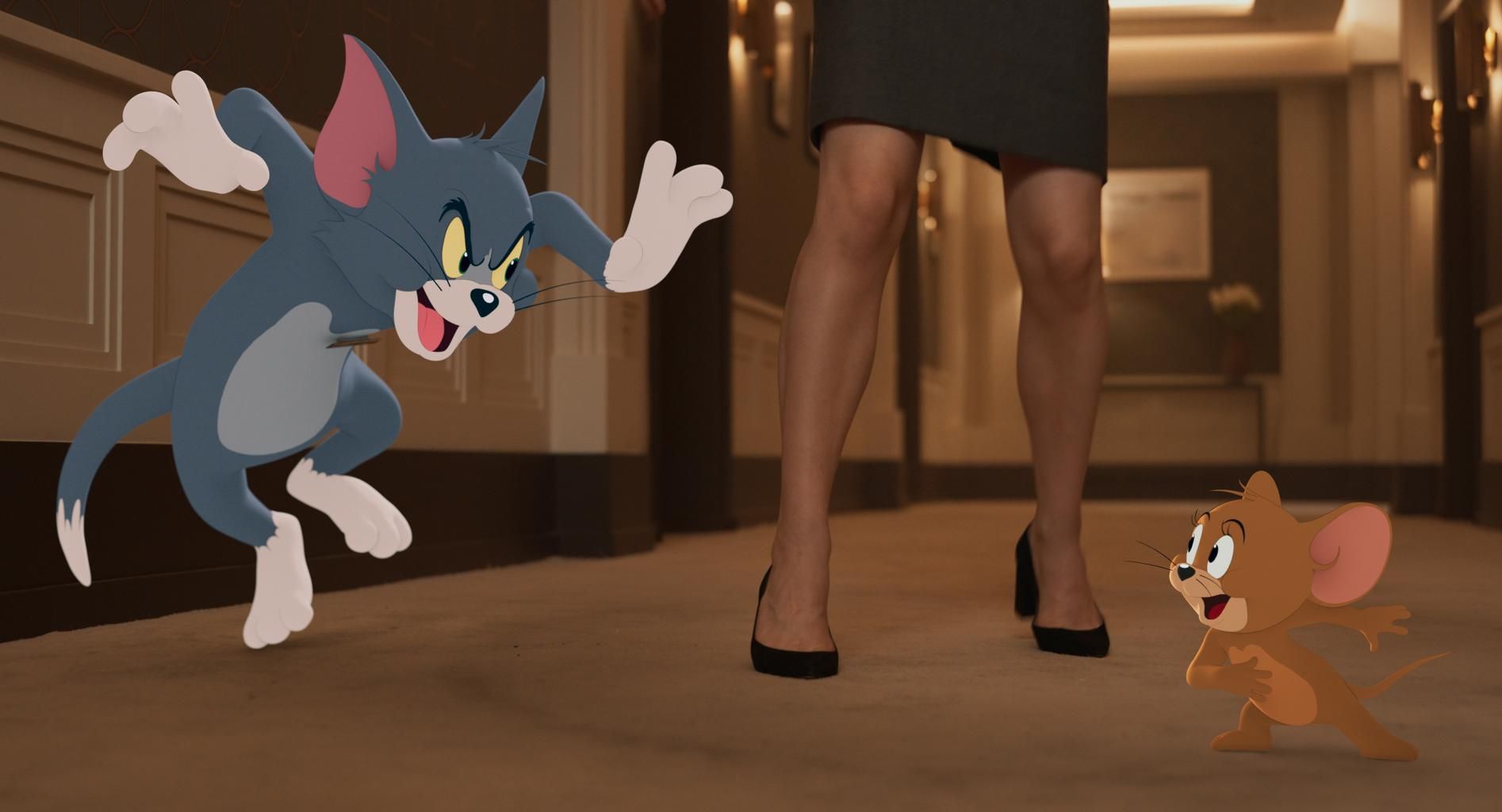 The dull as a dishwater story sees an unemployed young Kayla (Chloe Grace Moretz) get an upscale job at Manhattan The Royal Gate hotel. The Royal Gate, chiefly to assist in the wedding of high-society Preeta (Bollywood actress Pallavi Sharda) and Ben (Colin Jost) which is the most important event that the hotel has ever hosted. At this point, the stray mouse Jerry is spotted at the hotel, causing Kayla to convince the hotel's the manager, the hotel's manager Mr Dubros (Rob Delaney) and his assistant Terence (Michael Pena) to bring in a piano-playing cat Tom to capture the rodent prior to the wedding day. The rest of the story is a series of cat-and-mouse-type chases and destruction and destruction of the atrium's centerpiece glass be destroyed? In between are boring wedding movie scenarios (a engagement ring goes missing and doubts over the lavish wedding are voiced) before the whole thing culminates in the ceremony at which point everyone is betting the farm on what will happen to the massive cake made by the wannabe Michelin-star Chef Ken Jeong.

The main idea behind this film lies in the fact that although it is set on the ground, each animal including the pigeons (who strangely perform A Tribe Called Qest's '90s hit song 'Can You Do It?' during the credits in the beginning) to elephants to goldfish are animated, and the majority are able to talk (Tom and Jerry aren't, it's the law that the actors). This is a major departure from the previous animation that was clearly in the eyes of animals, the human world was portrayed by depicting the characters from knee to. The film does an adequate job mixing CGI techniques and pen-and-ink experience, but the characters aren't as embedded in live action than the cartoons that were part of Who Framed Roger Rabbit 33 years ago.

The ability to communicate clearly is the key to Tom & Jerry, and this is just one of the main reasons a version of Tom & Jerry is bound to not succeed.

The good news is that (and surprising) it doesn't slam its opponents in the area of violence (although it's a bit odd to watch a real iron turn into a cartoon-like face) A scene in which Tom is continuously electrocuted by the telephone wire is an intensity that evokes the Hanna-Barbera days of. There are some good moments like Jerry's tiny business card that smells of perfume — and the film's best when it is re-enacting funny scenes that are classic, particularly the scene from Jerry's Diary in which Jerry is able to entice Tom's attention and then smacks him squarely into the face. However, the overall impression is one of stale plotting, weak characters, and a lack of zing or humor. Tom & Jerry does not require to be expanded into a (human) world. It's simply a cat that is (mostly) failing to beat an animal. The earlier filmmakers understand this more, the more effective.