Train to Busan was a rare film it was a zombie film that was genuinely original but remained faithful to the genre. It was precise, claustrophobic , and restricted, with the camera never left the confines of a high-speed train that ran from Seoul towards Busan. It was filled with characters that you would be interested in and travel with them physically, emotionally and even at times, apocalyptically. In its zombies, it managed to bring together the latest innovations from its Dawn Of The Dead reboot (fast zombies!) along with World War Z (swarming zombies!) with a little of its own unique recipes (limb-contorting Yoga zombies! ). 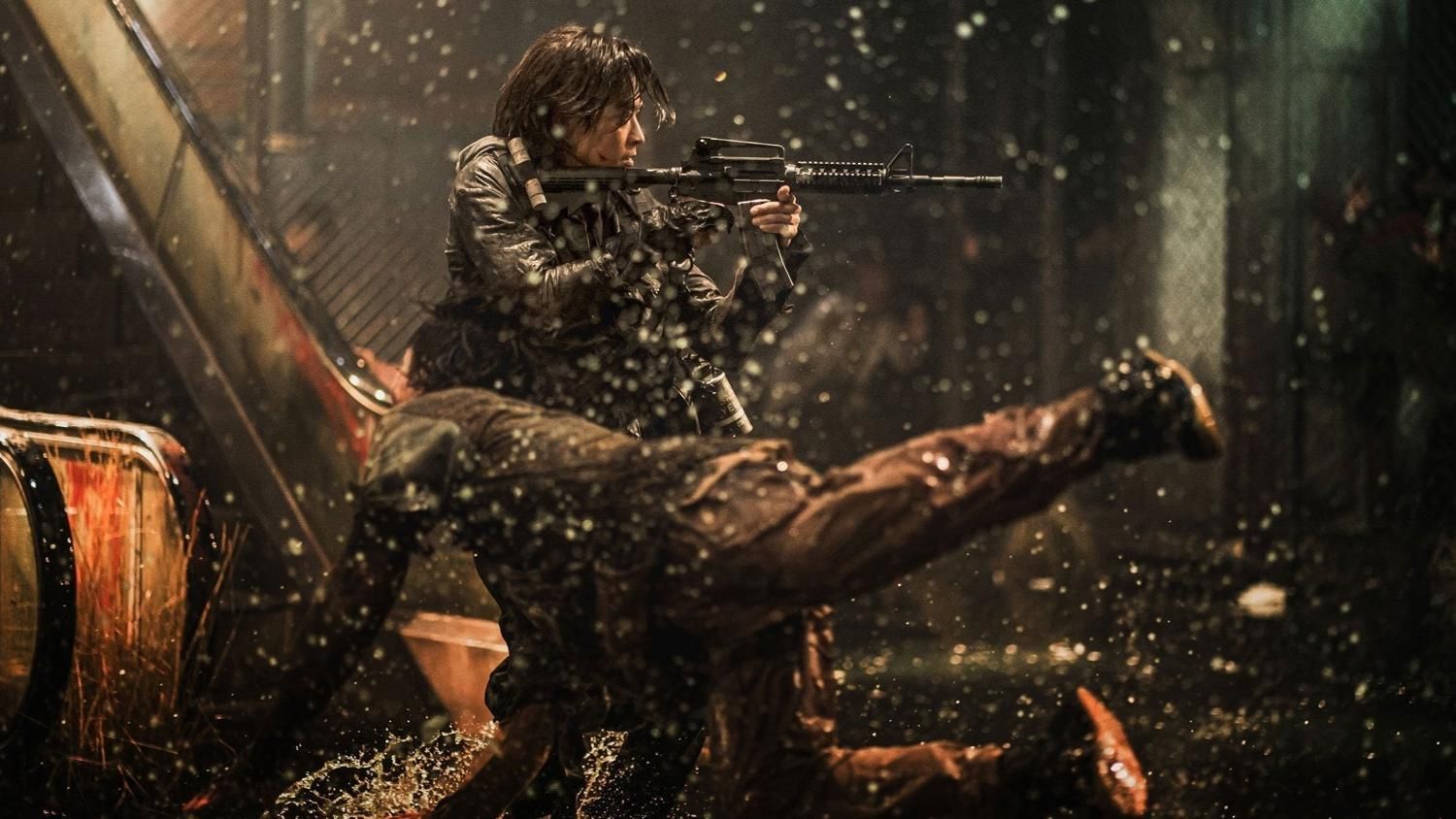 The sequel, which is set eight years after Busan, is also accompanied by an element of excitement. However, this is distinct: if Busan was the 'outbreak' film and this was the 'apocalypse' film that deals with the aftermath of a devastating disease; as the comically set-up prologue makes clear, South Korea has become an unsustainable state, surrounded by zombies, and cut off by the outside world. There are a few survivors from the first movie, the sole surviving protagonist will be the station.

The zombies, once they appear they remain a fascinating delight to watch, moving and unpredictably.

So, we're introduced an entirely new group Captain Jung-seok (Gang Dong-won) is a type that is a Korean Snake Plissken and is on an escape from New York-like mission behind quarantine lines to recover an enormous cash reward. He meets the tough survivors, which includes the charming Min Jung (Lee Jung-hyun) and the surprisingly less charming Sergeant Hwang (Kim Min-jae). Like the Walking Dead's final seasons, it's the people who pose more pressing concerns now than the zombies.

The first film was a small pressure cooker This is a vast melting pot of approaches and ideas but some of them fail. Politics is a theme that's explored as in the declaration of North Korea as a 'safe zone' but not considered. The themes of family duty as well as honour are cheesy and cheesy in the right way particularly with a slow-motion end that would cause Garth to blush.

However, it certainly does have its moments. When zombies do do appear they are a delight to watch, with their unsettling and writhing, and the director who returned, Yeon Sang-ho, has a keen eye for set pieces. A scene that uses a remote-controlled vehicle to keep the horde from getting well-crafted as is a match between the 'rat king' of zombies. (Though it's not the first time this idea is being discussed It was in Last Of Us Part II included a much better multi-limbed beast.)

The intensity never dips and there's a fast car chase sequence that's much more Fast & Furious than your typical reanimated shuffler even if the reliance on CGI over real-world stunts sometimes gives it a more video game-like feeling.