Prisoners Of The Ghostland Review

Prisoners Of The Ghostland Review

It's not too surprising that this partnership among Japanese iconicist Sion Sono and Coppola-spawned maverick Nicolas Cage is stone-cold crazy the post-apocalyptic samurai Western man-on-a-mission film. It's his debut in English, Sono, the cult director behind Tokyo Tribe, Why Don't You Play In Hell , and Love Exposure, seems like the perfect partner for Cage and his talents, both of whom are happy to play the ring in wild tonal changes and out-of-the-chain swagger. It's a shame the two of them cannot channel their go-for-broke ethos into something that is even a little fluid and energizing. 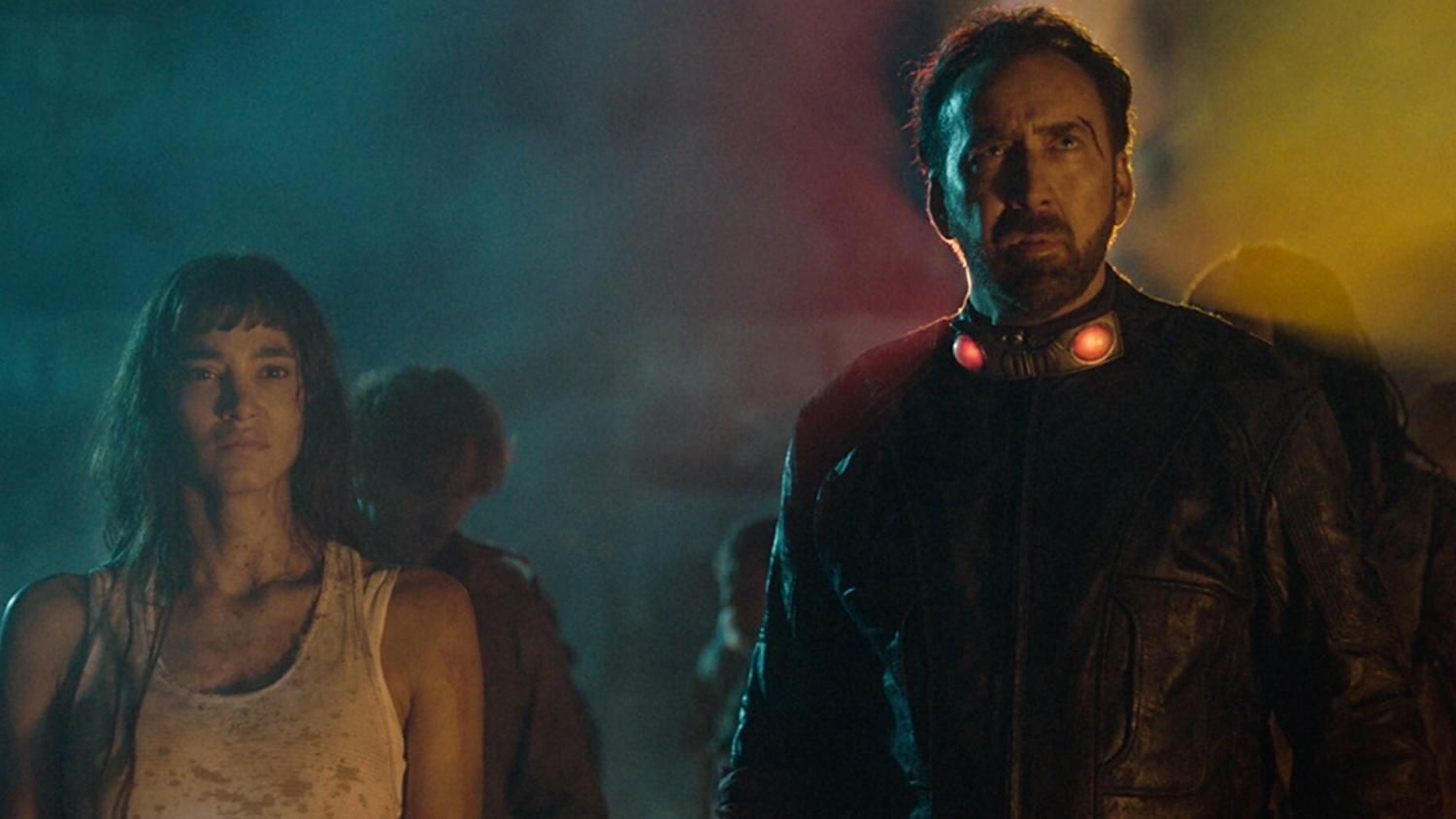 It begins as a way to continue. Cage can be described as The Hero — perhaps an illegitimate cousin of the Tenet character The Protagonist — and we see him burst into a bank, armed with shotguns and shouting "BANZAI!" at the highest pitch. He is detained, but he is freed out of the prison by the Governor (Bill Moseley) who is the White-suited head of (the highly stylized) Samurai Town who needs to be a favor for his gaggle of geishas including his daughter Bernice (Sofia Boutella) has left town and now he's looking to bring to get them to return. But , to the words of Han Solo when the TIE Fighters arrive , that's where the fun starts. To begin, the Hero is required to wear a bodysuit made of leather which is laced with explosives, and is primed to "recognise the desire of a man who is willing to smack a woman who is helpless". And, perhaps more interestingly they are sewed to his thighs to stop him from playing in the Gov's land. You don't need an experience as a screenwriting expert to realize that If Nicolas Cage has a bomb stuck to his chest near the beginning in Act One, it's only the matter of time until his gonads disappear.

It's a well-constructed premise. The Hero is off for the desert just next door, where the inhabitants of the post-apocalyptic world actually reverse the clocks (Cher could be proud) by playing tug-of war with the hands of an enormous clock. At this point, the Prisoners Of The Ghostland starts blasting off in all directions without rhyme or logic with some of the most bizarre elements, including a scavenger gang called The Rat Family, a Greek Chorus of dancers Wuthering Heights, and a Hiroshima allegory. The moment when The Hero is seen as the prophetic persona that will take on the band of urchins and mutants (all appearing to be akin to people of Mad Max: Beyond Thunderdome) against the corrupt Governor, the film finds many more bizarre tangents that help dispel the momentum.

It's still worth it for some great fight scenes, Sono's imaginative cinematography, Boutella, and Yuzuka Nakaya as the Governor's second granddaughter and try their best to contain the absurdity, and obviously, Cage. Completely in sync with Sono's madcap sensibility, the actor is fully committed, be it heading on his mission on a little girl's bicycle or shouting at the top of his lungs, "If you'd told me three days ago I'd be standing here with one arm and one testicalllllllllllll…" as a way of geeing up the masses. This isn't exactly "I'm Spartacus." But it's a clever response in Prisoners Of The Ghostland's madness is priceless.